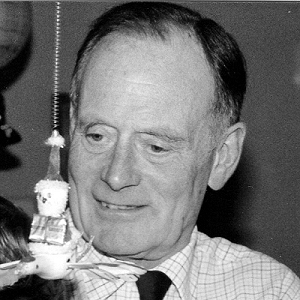 We are sad to announce the death of George Barlee on the 10th of February 2018.

George was Head of Management at J. Hewit & Sons for many years, during which time he oversaw radical modernisation of the company’s tanning processes, culminating in the award of a Royal Warrant in 1975. George remained a warrant holder until his retirement in 1992.

In 1994 he was appointed as the President of the Society of Bookbinders, a position he held for four years.