Fifteen prizes over five categories were awarded in 2017. 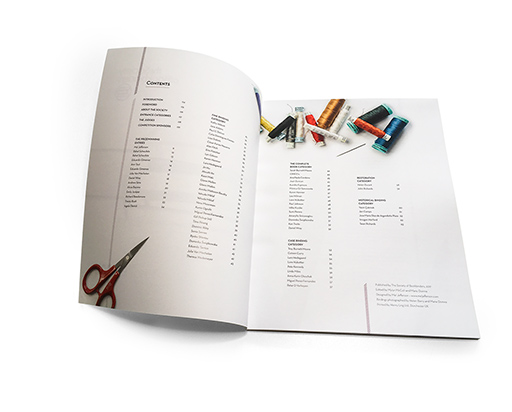 The 2017 winning entries were announced at the Society’s Conference at Keele University. Awards were presented on 2nd August and all entries were exhibited at the Conference for the duration.

Choose from the tabs below to see the winning entries. 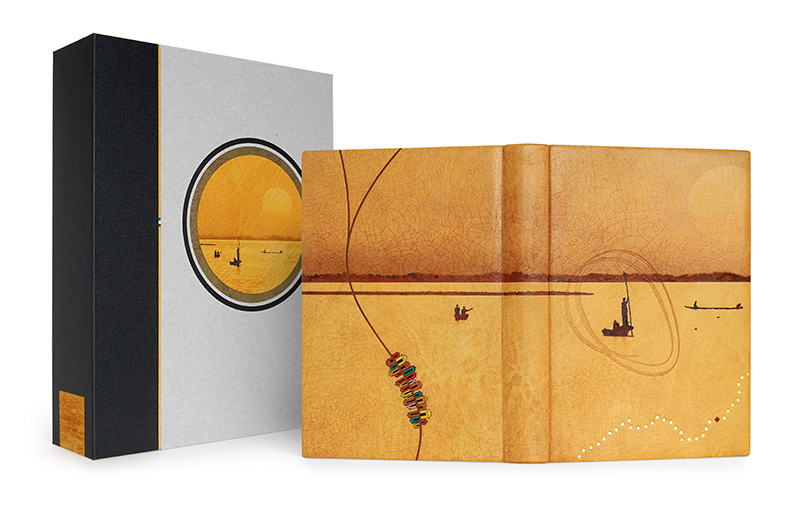 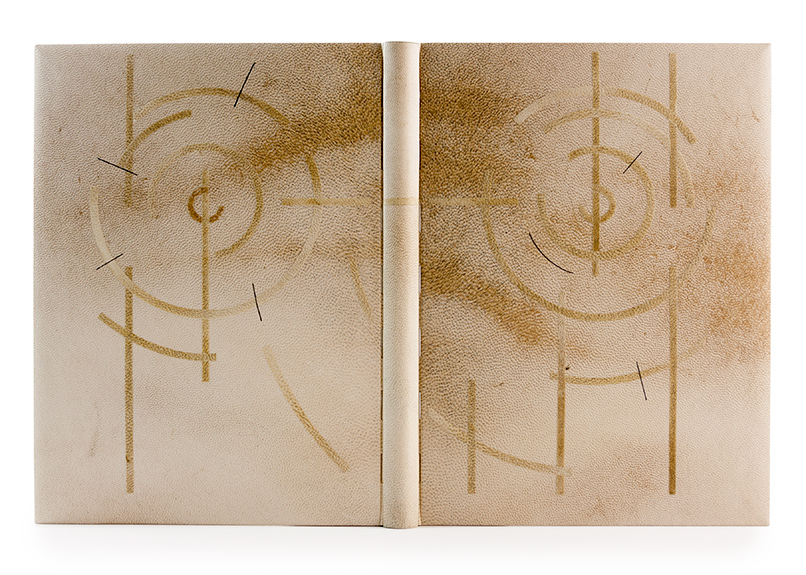 Bound in natural goat parchment.
The spine is connected to the boards via a carefully thought out hinge system. Endbands in green leather. Fine décor drawings complete the parchment onlays on the cover and underline the meaning of the decoration: a way to find the gradual transition from classical cover decoration to Bauhaus. 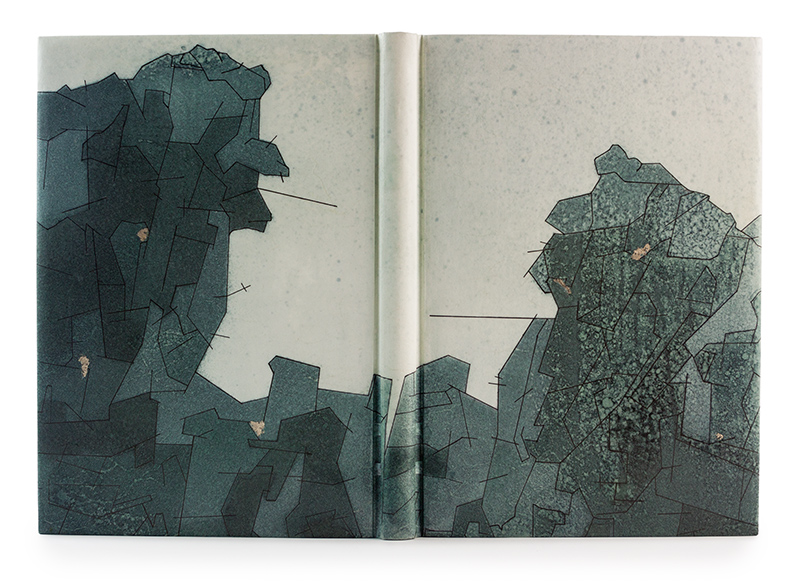 Bound in white calf parchment, intricately coloured on both boards. The decoration is completed by fine drawings and small gilded spots that attract the eye, constantly hinting at alternative interpretations of the design. Multi-coloured silk endbands in the French style. Graphite edge decoration at the head. Endpapers in delicate handmade paper. 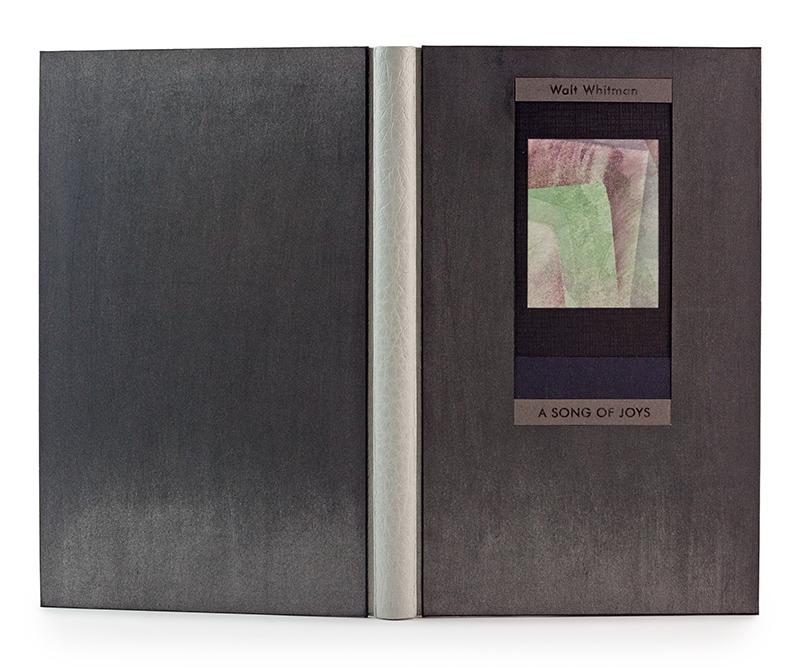 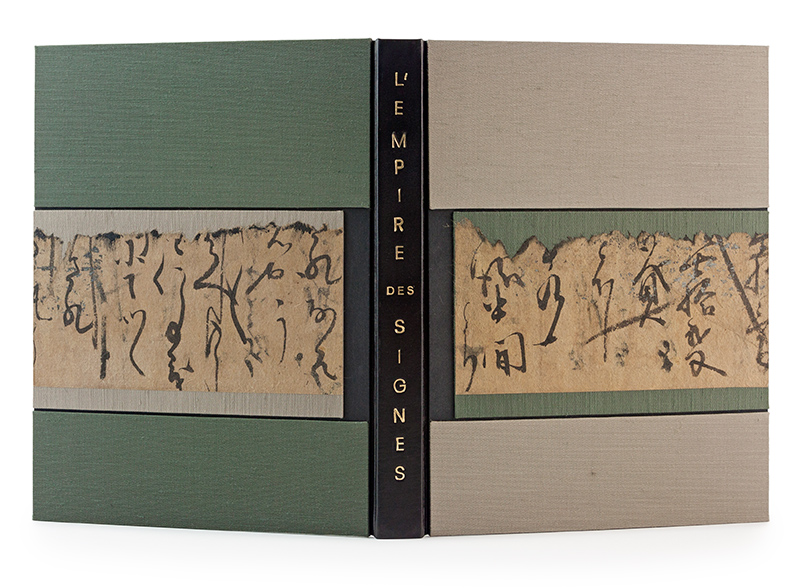 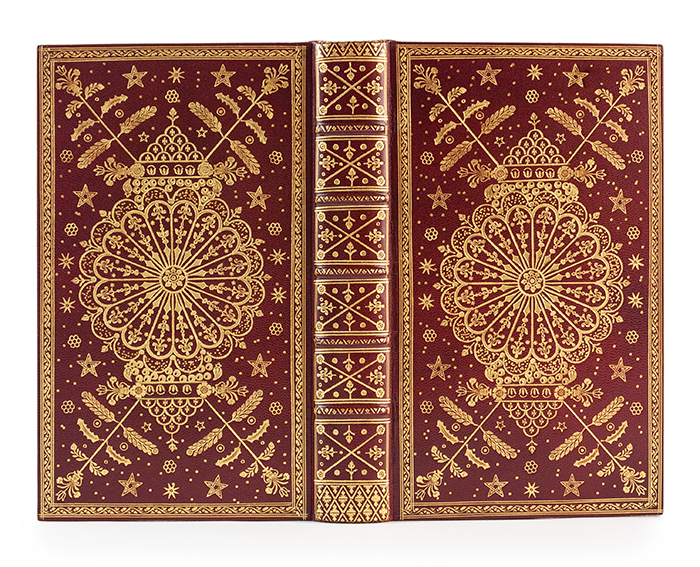 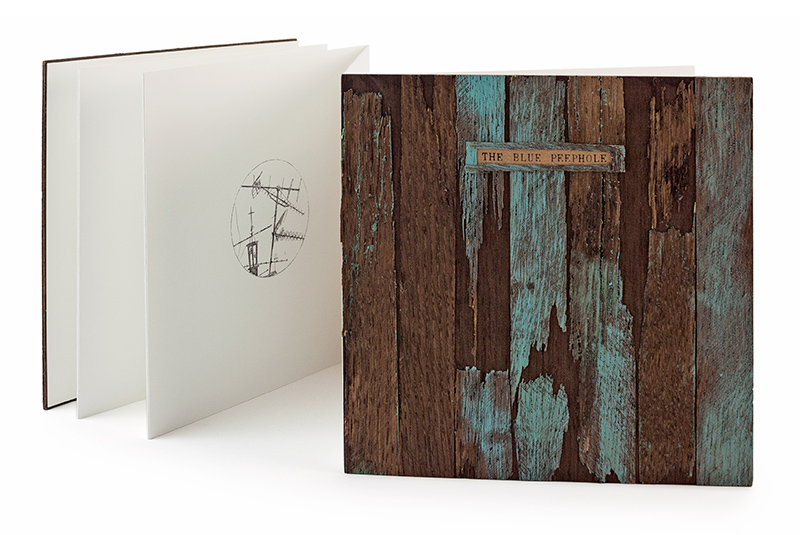 The Wyvern Bindery Award for Best Newcomer (joint winner)
Alicia Bayona
SpainThe Blue PeepholeAccordion binding in handmade wooden boards, designed and painted as an antique door. Original illustrations of houses and peepholes in black and white with transfer and ink techniques. Can be read in two directions. Wraparound box in pale blue fabric and tinted paper. 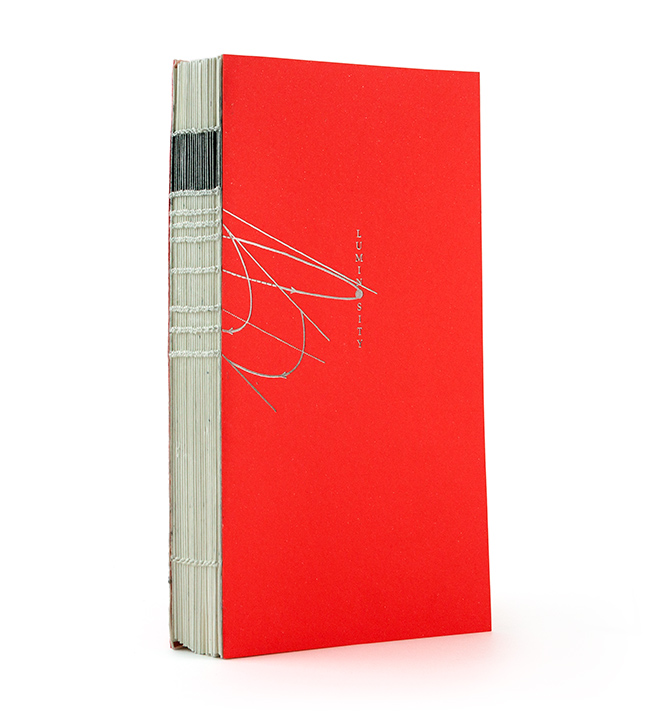 The Wyvern Bindery Award for Best Newcomer (joint winner)
Emily Juniper
UKLuminosityLuminosity is a play text, and as such has been designed as if the paper and book object was a performance of the piece. Material choices reflect this, for instance ‘light’ is given stage directions as if it were a character – hence the luminous cover. The reader must remove the cover on the fore-edge before reading. [Printing by Boothes]
======== 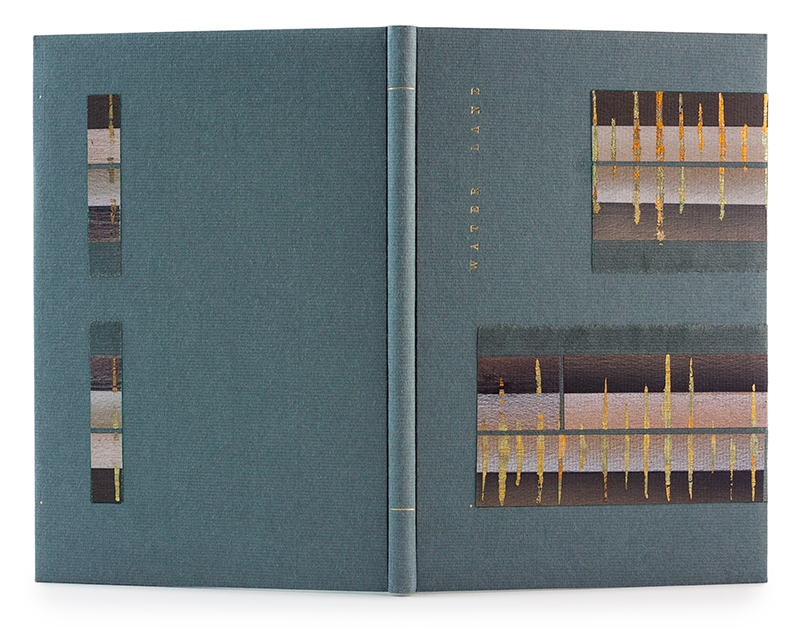 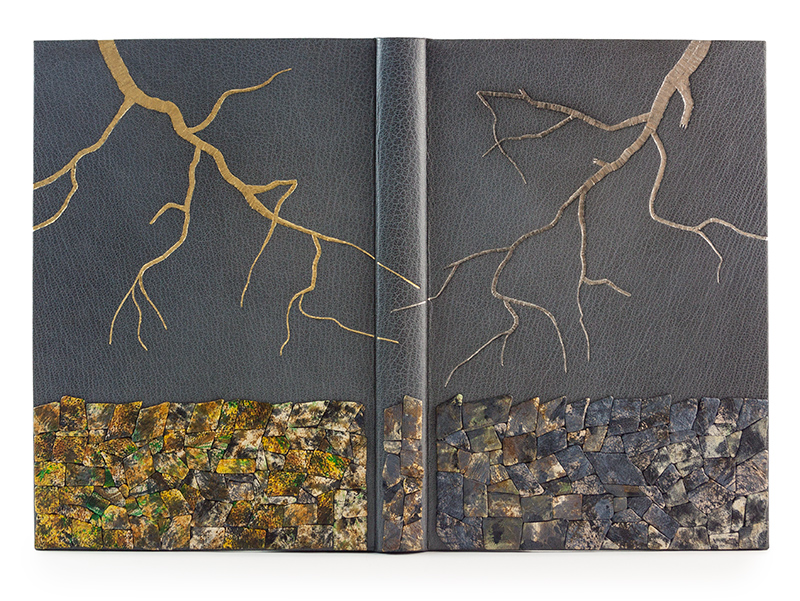 Harmatan Leather Award for Finishing
Richard Beadsmoore
UKA Shropshire LadBound in grey Harmatan goatskin. The endpapers and doublures are airbrushed with a leaf design. The stylized trees are tooled in 23.5 carat gold and caplain. The design was inspired by the poem Breedon Hill with its landscape of trees and dry-stone walls. The poem begins in summer but then winter comes and the death of the beloved.
===== 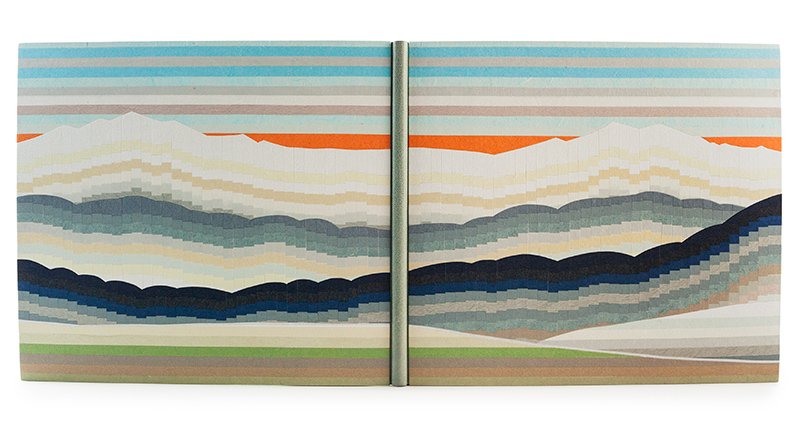 Plus many anonymous donors